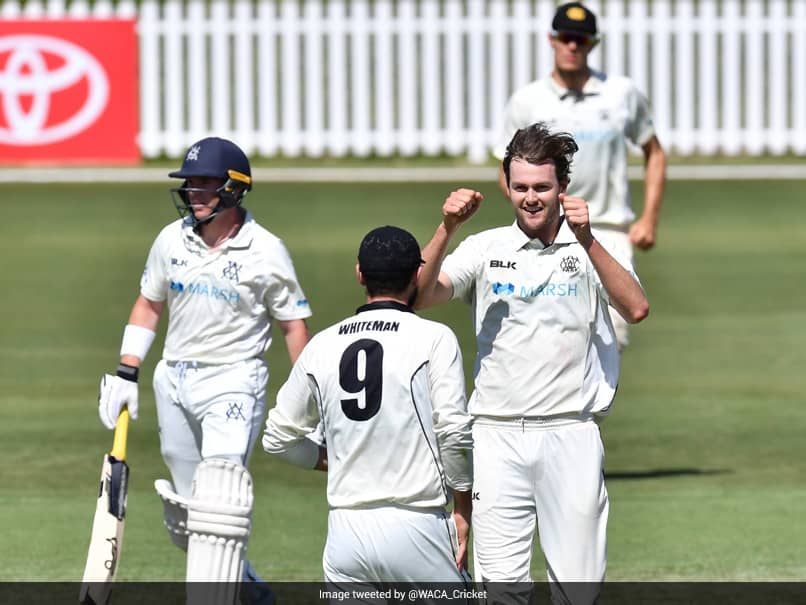 Sheffield Shield: Sam Whiteman flew to his right to latch on to a spectacular one-handed catch.© Twitter

It's been a week of some fine fielding efforts on the field. Be it the Indian Premier League 2020, the Women's Big Bash League or the Sheffield Shield, fielders have caught the eye thanks to some inspirational moments in the field. The latest came in a Sheffield Sheild match between Victoria and Western Australia. On Day 1 of the contest, with Will Pucovski and Marcus Harris once again batting brilliantly, Western Australia's Sam Whiteman produced a moment of magic to break the partnership and send Harris on his way.

Harris looking to play on the leg, got a leading edge off the bowling of Matthew Kelly. Just when it seemed that the ball would fall safely, "Superman Sam" dived full length to his right and plucked the ball mid-air to complete an astonishing catch.

Western Australia, who won the toss and elected to field, didn't have much going their way with Pucovski and Harris yet again showing their class.

In Victoria's previous Sheffield Shield match against against South Australia, earlier this month, Pucovski and Harris both hit double hundreds, setting a new record for the biggest partnership in the tournament's history.

The duo put on a mammoth 486 runs for the opening wicket, breaking the previous best of 464 runs set by Steve and Mark Waugh for New South Wales in 1990.

On Sunday, it seemed Pucovski and Harris were headed for another marathon showing but it was cut short by Whiteman's brilliant fielding. Harris walked back for 71 while Pucovski completed another century, throwing his hat in the ring for the opener's slot for the series against India.

At the time of writing this, Victoria were 230 for one with Pucovski batting on 127 and captain Peter Handscomb unbeaten on 14.