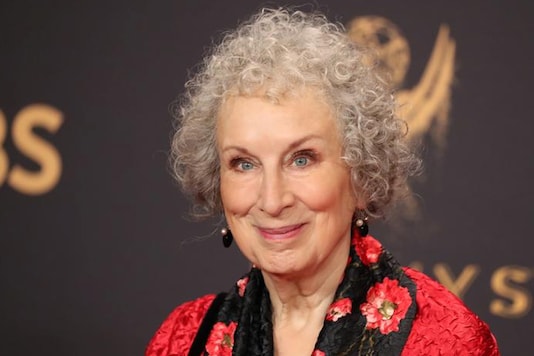 Margaret Atwood, author of The Handmaiden's Tale was Awarded the 2017 Kafka Prize for her life achievements in literature

"I think this one is quite special because the first free-standing literary essay that I wrote that was not for school was about Franz Kafka back in the 1950s," Atwood told AFP. "At that time I read not only his biography but all of his work and I remember it very well," she added before receiving the $10,000 (8,500 euros) prize.

The 77-year-old Atwood's prolific career spanning decades has included the publication of 17 novels, seven children's books and nearly two dozen books of poetry. The Handmaid's Tale, Atwood's best-known work about a totalitarian society, has inspired a film, a ballet, an opera and most recently, a television series starring Elizabeth Moss that swept last month's Emmy Awards.

Published in 1985, the novel is often mentioned in the same breath as George Orwell's 1984, Aldous Huxley's Brave New World and other dystopian works of speculative fiction. It turned Atwood into a feminist icon. Her other notable novels include The Edible Woman (1969), Cat's Eye (1988), The Robber Bride (1993) and Oryx and Crake (2003). In 2000, Atwood won the Booker Prize -- Britain's top literary award -- for The Blind Assassin.