Remembering Abraham Lincoln: 5 Books One Must Read About the Former US President 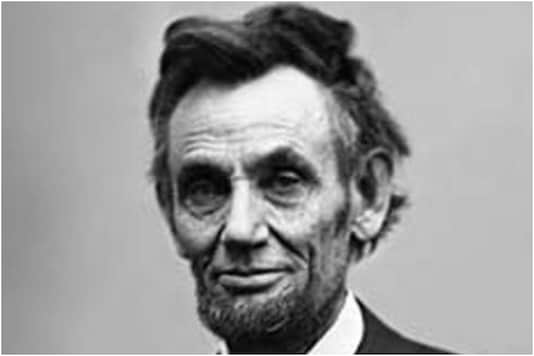 Lincoln, who was assassinated by John Wilkes Booth in 1865 while attending a play at Ford's Theatre, has been immortalized in the works of Gore Vidal, George Saunders, Herbert Donald to name a few.

Abraham Lincoln is remembered not only as a statesman and America’s 16th president, but his fame transcended the gamut of politics in his heroic role during the US Civil war and his role in the abolition of slaves.

Born on February 12, 1809, to Thomas Lincoln and Nancy Hanks Lincoln, the life of the self-educated lawyer and public figure has been subject of numerous books – both fictive and non-fictional.

Lincoln, who was assassinated by John Wilkes Booth on Good Friday, April 14, 1865, while attending a play at Ford's Theatre, has been immortalized in the works of Gore Vidal, George Saunders, Herbert Donald to name a few.

Lincoln: A Novel by Gore Vidal

A historical novel, it poignantly chronicles the president’s political and personal struggles and depicts the presidency of Abraham Lincoln through the eyes of several historical figures. Set during the American Civil War, it includes insights by presidential secretary John Hay, First Lady Mary Todd Lincoln among others.

Edited by Michael Burlingame, the book is based on the observations of Lincoln’s two main White House secretaries, John G Nicolay and John Hay. The duo had originally published a ten-volume biography Abraham Lincoln: A History, based on their intricate association with Lincoln. Burlingame sieved through the original manuscript to create a compelling picture into the life of the 16th US President.

Team of Rivals: The Political Genius of Abraham Lincoln

The Pulitzer Prize winning 2005 book by Doris Kearns Goodwin is a biographical portrait of Lincoln and some of the men who served with him in his cabinet from 1861 to 1865. President Barack Obama had gone on to say that it was one of his favourite books and that he had modeled his own cabinet based on inputs from the manuscript.

Lincoln in the Bardo

A work of fiction that earned its author George Saunders the 2017 Man Booker Prize, the book narrates the life of Lincoln right before and after the death of his son William 'Willie' Wallace Lincoln. The bulk of the novel takes place in the course of a single evening and is sent in bardo -- a space between life and death.

The novel is said to have been inspired by a story a cousin of Sanuders’ wife told him about how Lincoln visited his son crypt at Oak Hill Cemetery in Georgetown several times to hold the body, a fact that is corroborated by contemporary newspaper accounts.

Written by David Herbert Donald, the book is a stunning portraiture of Abraham Lincoln's life and presidency. The book traces Lincoln's journey from rural Kentucky to the presidency of a country that had been devastated by civil war.