The situation around us is quite funny. Most of us have started behaving as if the new normal is nothing but the normal that we have always known. More and more people have started going out and many are unapologetic about not wearing masks anymore. Traffic’s almost back to normal and crowds can be seen in gyms, malls, markets, and where not. I was just beginning to feel that Covid wasn’t a big deal anymore and lo and behold, my entire family came out positive in the last week of August.
Having done all the permutations and combinations of where we might have caught it from, all we had for an idea was a big nada. Since the beginning of August or maybe before that, my mother had started going for her usual walks in the neighborhood park. My father is a CKD patient and was going to the hospital for hemodialysis twice or thrice a week and I – well I had just met my friends (the first time since lockdown) a few days before the nemesis struck us. However, none of my friends turned out positive.

We accepted it – we were positive and we didn’t know from where.
The symptoms

Most of our symptoms were similar but some.

Father: Extreme fatigue for 4 weeks, fever (99-103 degree) in the first two weeks, loss of smell/taste in the second week, fluctuating blood pressure and pulse after a month

Mother: Extreme fatigue and low-grade fever (99-100 degree) for 40 days, loss of smell/taste in the second week

Me: Fatigue and low-grade fever (99-101 degree) for 40 days, loss of smell/taste in the second week, headaches

A question arose – Were we supposed to isolate ourselves from each other or could we all live in quarantine happily together? We would get an everyday call from the Delhi Government to ask about our health, which we really commended them for. So, I asked them this and they told me that we could stay together. However, I still had my doubts because my mother had come out positive a few days before my father and me. Hence, I asked my sister who lives in Australia to check with her country’s coronavirus helpline. And as I had suspected, we were to isolate ourselves from each other as well, simply because we could be at different levels of recovery and being together could impact that. So began our covid journey.

The doctor that we had been seeing recommended a multitude of multivitamins and paracetamol only when fever touched 100 degrees Celsius. Considering my father’s comorbidity, he was hospitalized a few days later – the lag because we were unsuccessful at convincing him earlier and his super-strong will power. Anyway, so then, my mother and I were stuck under home quarantine and my father was admitted in the covid ward of a private hospital.

Our meals were largely being delivered by our extremely considerate relatives, as neither my mother nor I had the energy to cook, or do anything at all. A simple task of tidying just our own rooms got us doomed. We would see each other mostly in our living room, with our masks on. However, because we both would really feel lonely and in need of some human company, we gradually started eating our meals together but we sat at least 15 feet apart.

The slew of home remedies

As far as the kadhas and home remedies are concerned, we all know how it is in India. We got massive spam of recipes of different kinds from our relatives, friends, and acquaintances, but all with good and highly appreciated intentions. We usually stuck to the following home-remedies routine:

Morning: Hot water with lemon juice and gargles pre-breakfast. Coconut water and a plateful of fruits, especially those rich in vitamin C (mosambi and kiwi) around mid-afternoon.

Pre-lunch: A cup of hot water with five drops of Tulsi ark

Evening: Kadha made with three essentials, Tulsi leaves, ginger and raw turmeric, and anything more was what we had at hand that day, including cinnamon, black pepper, cardamom, etc.

Before sleep: Steam with carom seeds/kalonji (later, we skipped the spices though), milk boiled with raw turmeric

We were also recommended some totkas to break our fevers and mothers being what they are, we followed one of them as well. But guess what? You know it.

It is also recommended that if your family/you have been diagnosed positive, you must sanitize your surroundings every few hours so that any virus that you may be leaving around gets destroyed. Hence, we had two sets of sanitizers – One was the milder version that we would also use on our hands. We used it to clean our furniture, doorknobs, any surfaces we frequently touched, and the likes. The other one was a stronger version that we only used in washrooms and floor cleaning. This was a super draining task, but we managed it. At least, most of the time.

What worked and what didn’t

Honestly, we don’t know. A part of us expected that home remedies would help alleviate symptoms sooner than later but I am not sure they did. Or at least they didn’t offer any visible respite. The multivitamins also didn’t seem to be working. Often it just felt like hoarding on heavy medication with no clear signs of any improvement. We went on like that for over a month, shifting among three doctors, but not to any significant difference.

How long did our covid symptoms last?

Both my mother and I stayed with symptoms for much longer than we had expected. Her fever and fatigue lasted about 45 days, while mine lasted about 30 days. I would also get bouts of headaches every now and then, and still do, but much less than earlier.

As far as my father is concerned, he was released from the hospital after about two weeks of stay. He came back with no fever and that was some respite. However, he still had a cough. He would nebulize twice a day every day for almost a week or 10 days after coming home. However, his dialysis became trickier. In every session, his blood pressure started getting dangerously low. One day after we had to cut short his dialysis and get him home sooner, his pulse rate shot up to 180 and blood pressure dropped to 40-60. We had to rush him to the hospital again and after having injected a few medicines for arrhythmia, two rounds of ECG, and a few other tests, he stabilized and didn’t require admission. Now, he is on an additional medication for arrhythmia but his dialysis sessions have got smoother.

When did we come out negative?

As far as getting a negative covid report is concerned, we were advised that it could take anywhere between two weeks to three months. Especially in the case of patients with comorbidity/other illnesses like my father, the virus can take longer than usual to leave the body, so was told to us. My entire family came out negative after about 30 days of getting positive. I only got tested after 30 days and was negative, however, my father got tested every week and he took about 35 days to come out negative.

My mother has often been complaining of brain fog and fatigue, so much so that she is not able to manage her everyday tasks. My father too feels more fatigued than before-covid. So, we had to get a 24X7 household help despite its risks in the current scenario. I had been getting unusual bouts of headaches even after a month. Screen time for my office work got me extremely tired. But, I started getting better in about 35 days or so, and can hopefully say that am back to (almost) normal now.

However, I have joined various post-covid illness groups on social media and I was surprised to see that people have been witnessing unusual/unregistered symptoms even after months of getting diagnosed and treated. Some, including kids, still suffer from headaches and unusual blood pressure ranges, while brain fog seemed like a very common persistent issue.

None of us knows what we are dealing with. None of us has any idea about the number of ways our bodies have been/may be affected by this novel virus. All we can do is share our experiences and find solace in being together in this experience. As far as ‘the new normal’ is concerned, I am just scared at how casual many have become with respect to precautions. Coronavirus can’t be taken lightly – that’s my biggest lesson from my entire coronavirus sojourn. And you should take that home too.

Did you fight COVID-19? We want to hear all about it. ETimes Lifestyle is calling all the survivors of COVID to share their stories of survival and hope.

Write to us at toi.health1@gmail.com with 'My COVID story' in the subject line.
We will publish your experience. 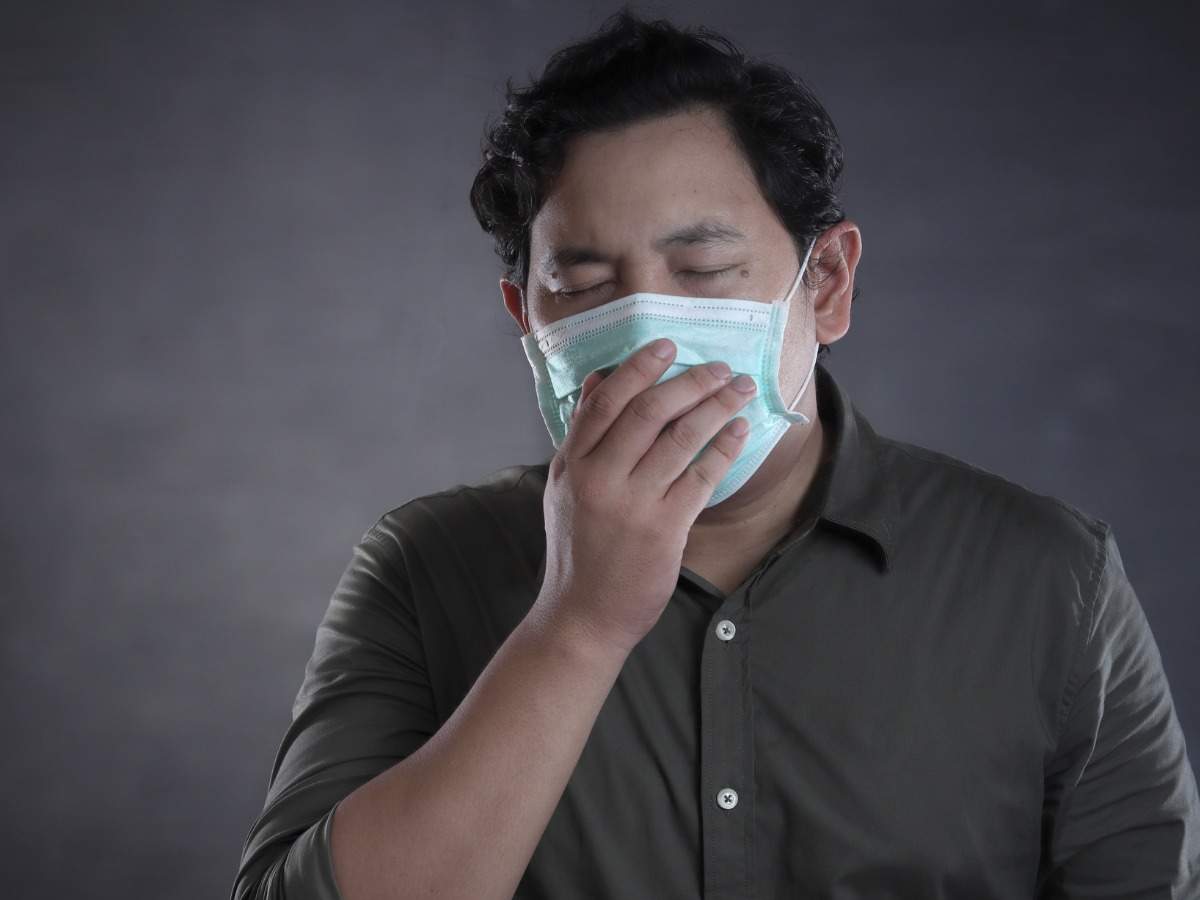 Is your cough because of a COVID-19 or pollution? 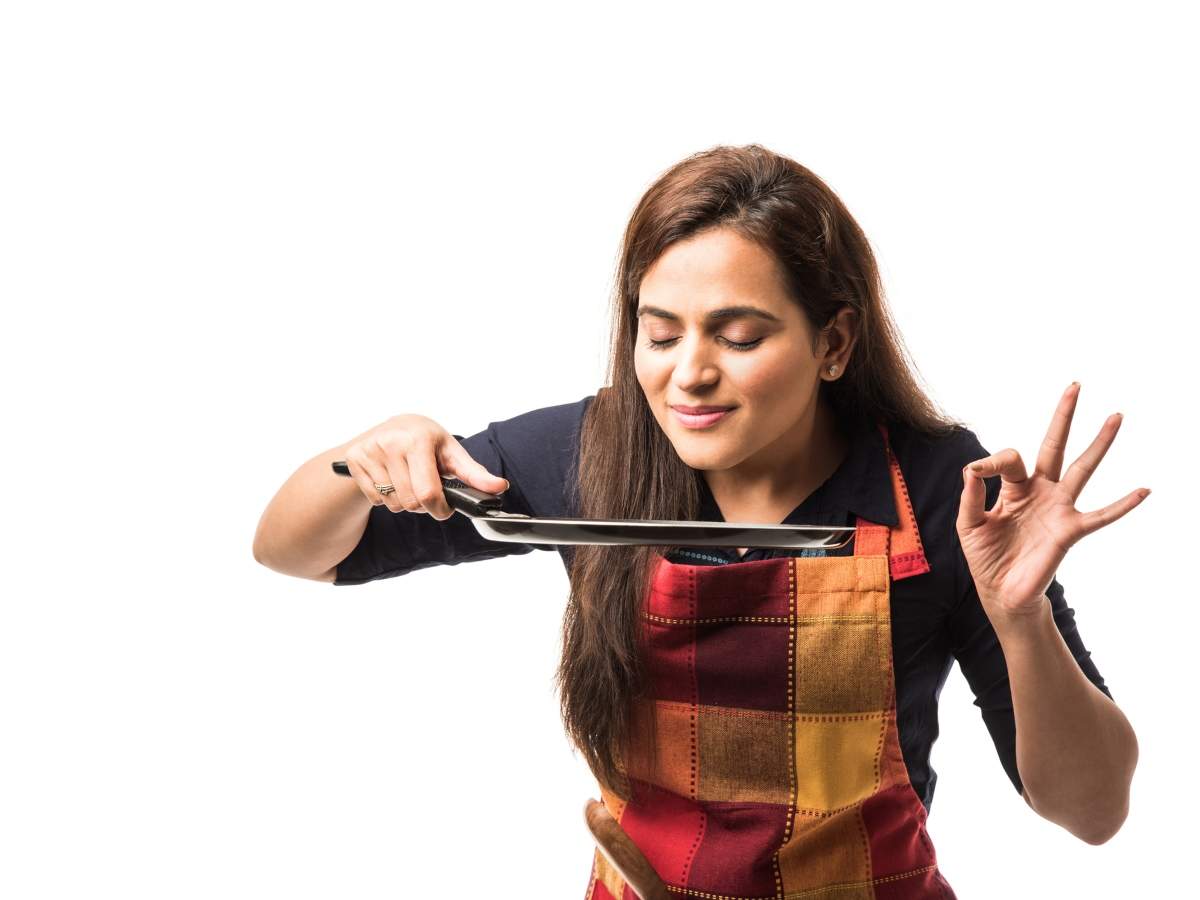 5 zodiacs that make the best cooks Quick on the draw Ramlila 2020: Ravana might be scared of Rama, but for corona there's sanitiser!