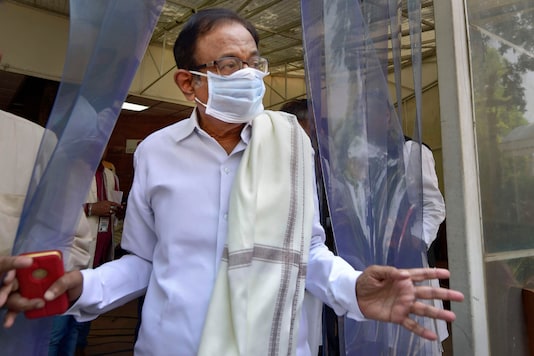 Addressing a virtual press conference, Chidambaram said Finance Minister Nirmala Sitharaman's announcements on Monday were like "dig a mountain and find a mouse", and an attempt to lead people to believe that the government is hands-on and responsive to the needs of people and the economy ravaged by the coronavirus pandemic.

Senior Congress leader P Chidambaram said on Tuesday that the government's latest financial package will not stimulate demand and termed it another "sly attempt" to dazzle people with exaggerated numbers.

Addressing a virtual press conference, Chidambaram said Finance Minister Nirmala Sitharaman's announcements on Monday were like "dig a mountain and find a mouse", and an attempt to lead people to believe that the government is hands-on and responsive to the needs of people and the economy ravaged by the coronavirus pandemic.

The former finance minister alleged that it is also an admission that the earlier "Rs 20 lakh crore package" was a failure and termed it a "hoax". He also said that by the latest announcements, the government is trying to interfere in people's lives by telling them how to spend their own money.

"After carefully reading the statement of the finance minister on the so-called stimulus package, I am reminded of the Hindi proverb 'Khoda Pahaad, Nikla Chuha' or loosely translated, it means 'dig a mountain and find a mouse'. "The grand announcement yesterday was no stimulus package to push economic growth, it was another sly attempt to dazzle the people with exaggerated numbers and lead them to believe that the government is hands-on and responsive to the needs of the people and the economy," he told reporters.

The former finance minister said it is also a candid confession that the earlier so-called 'Rs 20 lakh crore package was a massive failure'. "It was a failure because it was a hoax," he said.

Sitharaman on Monday announced advance payment of a part of wages to central government employees and cash in lieu of LTC to stimulate consumer demand and investment in the economy damaged by the coronavirus pandemic. As much as Rs 11,575 crore would be paid as leave travel concession (LTC) allowance and advance to central government and PSU employees on the condition that they spend on non-essential goods before March 31, she said.

The measures "are likely to create an additional demand of Rs 73,000 crore," Sitharaman said, adding the proposals would stimulate demand in a "fiscally prudent way." Chidambaram said the numbers claimed in the package are a "hoax" as the stimulus is not of a value of Rs 73,000 crore, as claimed, but merely 0.1 per cent of GDP, as estimated by some economists.

The Congress leader also alleged that the government is also trying to play the role of "maa-baap" by telling employees what amount and on what goods and when they should spend their own money. "Just as the BJP has been telling people what to eat, what to wear, what language to speak, who to love, who to marry etc., it is now trying to control people on their spending preferences. This is another piece of retrograde interference in people's lives," he alleged.

Chidambaram lamented that the most deserving people — the bottom half of the families in India — who need the money desperately have once again been left in the cold. "The government stubbornly refuses to make a cash transfer to their accounts as recommended by dozens of economists and as demanded by the Congress and other political parties. I am sure they are watching the government's pitiful efforts to revive the economy that will register a de-growth of 10 per cent in 2020-21," he said.