A 16-year-old boy has been arrested in connection for issuing online threats to a cricketer's daughter on social media after Chennai Super Kings' loss against Royal Challengers Bangalore on Saturday.

The boy was picked up by the police from Mundra's Namna Kapaya village in the Kutch region of Gujarat. The juvenile is a student of 12th standard and confessed to have issued rape threats, as per Kutch police. He will be handed over to Ranchi police, according to reports.

Chennai Super Kings players and their family members were subjected to abuse and threats on social media after their latest loss in the Indian Premier League (IPL) 2020.

CSK are in the midst of their worst start to an IPL season as they suffered a humiliating 37-run defeat against Virat Kohli's RCB. It was their 5th loss in 7 matches so far in IPL 2020.

A poor batting performance led to CSK's downfall with only 4 of their players - Ambati Rayudu, Narayan Jagadeesan, MS Dhoni and Shane Watson - scoring in double digits while chasing a par 169 at the Dubai International Cricket Stadium.

The result pushed them down to 6th on the table with just 4 points from 7 matches. It also led to numerous memes and trolls directed at CSK for their ageing players and slow batting.

Skipper Dhoni in particular has been the target of trolls and memes on social media platforms due to his own strike rate and form as batsman and captain this season. But some users took the issue too far when they started hurling abuses and threats at the players' families after CSK's second successive defeat.

Former India cricketer Pragyan Ojha strongly condemned this shameful trend that’s horrendously thriving on social media. Having dealt with all of this during his career, Ojha explained the societal boundaries that are crossed by these people when they threaten the players and their families.

“It’s a very important subject that we all need to address. It’s not only about a sport or about an individual it’s about the nation. If someone reads these kinds of things it’s very disturbing. I have a young boy, you have a daughter, we have female colleagues working with us,” Pragyan Ojha said on Sports Today.

Ojha also spoke about how trolling, making humour out of someone’s poor form is still okay but it’s simply not okay to abuse any cricketer or anyone associated with them.

“If you say something with a touch of humour that is acceptable but you know when you’re crossing that line and you’re saying all this about anyone, anyone at all, it’s very disturbing and you don’t want this to happen. These digital platforms, this social media, is just for entertainment or to enhance your ability to see the world in a different way but you have to be very careful about what message you’re passing to your next generation,” Ojha said. 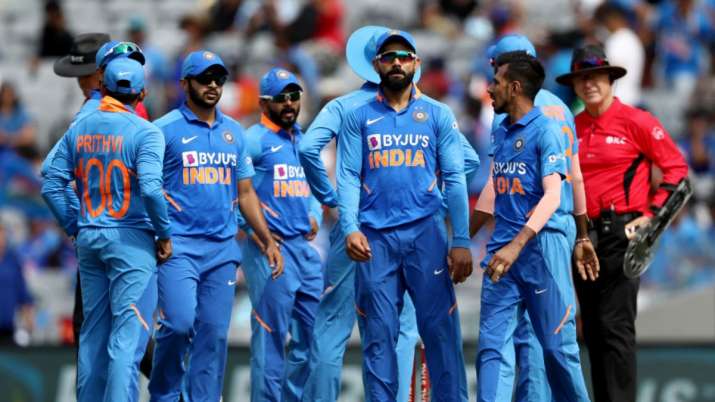