On March 24, when Prime Minister Narendra Modi announced the nationwide lockdown, the Covid count around the world was truly alarming. The US had reported 52,690 cases and 681 deaths; Italy 69,176 cases and 6,820 deaths and Germany 27,436 cases and 114 deaths. India, at that time, had 519 cases and 10 deaths. As the country shut down, the impact was felt all across, essential supplies began to run short, hundreds of thousands of daily wagers lost their livelihood sources and healthcare services for other illnesses were disrupted. All the while, the Covid count continued to rise.

Today, India’s Covid tally might be the third highest in the world, but given the size of the country and its population, this was perhaps unavoidable. However, our gains from fighting the pandemic are quite a few: improved hospital infrastructure across the country, standardised hospital protocols for Covid cases, greater public awareness about Covid prevention norms, and a better understanding of how the virus attacks the body. The lockdown gave state administrations and our health apparatus time to prepare for the long haul that this battle promises to be. “In March, we were struggling to make sense of Covid, how to treat patients, how to organise beds [for them] and how to protect our staff. To start with, our healthcare system was never on its feet. We began on our knees and are now standing tall,” says J.C. Passey, who was the medical director of the Lok Nayak Jai Prakash Narayan (LNJP) Hospital, Delhi’s largest Covid facility, in the initial months of the pandemic.

India’s real success against Covid lies in the number of lives that have been saved. At 66.31 per cent as on August 4, the country has one of the highest recovery rates in the world, while our doubling rate for Covid has increased to 21 days, from 3.4 days when the lockdown was announced in March. The fatality rate of 2.1 per cent, as on August 4, is the lowest since the Covid outbreak.

These successes find reflection in the public mood gauged in the August ’20 india today Mood of the Nation (MOTN) survey, with an overwhelming majority of respondents giving a thumbs-up to the government’s handling of the health aspects of Covid. While 48 per cent felt India’s response to Covid was at par with other countries, 43 per cent considered it better than the rest of the world. Indeed, no other country had a lockdown as extensive or as long as India did. Staggered into four phases, the lockdown gradually helped people adjust to life indoors and helped slow down the spread of the virus. “Nobody wants to be confined at home all day. But in a public health emergency, precautionary care needs to be made mandatory. In March, not a single person was wearing a mask as we believed the virus was transmitted through surface contact. Today, masks are everywhere. Learning came over time, but we did not waste that time by letting people mix around freely,” says Dr Om Srivastava, head of infectious diseases at Jaslok Hospital, Mumbai.

Not just health, the MOTN findings were also indicative of what mattered more to the public, lives or livelihood. While 72 per cent respondents said the lockdown had saved scores of lives like the government claimed, 38 per cent felt it did cause economic distress in the process. An equally high percentage (34 per cent) of respondents said lives were saved without any economic repercussions. As noted virologist Dr Jacob John puts it, “When your life is at stake, you will care for your health and overlook everything else.”

Not only does the majority believe the lockdown saved lives, but 77 per cent respondents also expressed faith in India’s healthcare infrastructure. For a country that devotes less than 1 per cent of its GDP to healthcare, the pandemic seems to have strengthened public faith in the system. “Today, when Covid patients are admitted, we immediately start them on anticoagulants to prevent blood clots and monitor every organ. We have more medicines to administer at both the moderate and critical stages. In a pandemic such as this and in a country as large as India, coping with Covid was bound to have other fallouts. But we saved lives, and that counts,” says Dr R. Ranganatha, a pulmonologist at the Mazumdar Shaw Medical Centre in Bengaluru.

The most visible and excruciating impact of the lockdown was on migrant daily wagers in cities. With most firms shut, migrant workers struggled to support themselves financially and headed home in droves. In June, the solicitor general of India informed the Supreme Court that some 9.7 million migrants had been transported back to their hometowns. Among the states, Uttar Pradesh reported that 2.1 million migrant workers had left for their native places, Bihar put its number at 1 million, Maharashtra at 1.1 million and Gujarat at 2 million.

The unprecedented migrant crisis not only invited severe criticism because of the appalling conditions in which people tried to make their way home, but also because it meant the risk of transmitting Covid from the cities to rural India. Most migrants returned home in overcrowded buses and trains, which significantly increased the threat of Covid transmission. “The one thing we knew for certain about Covid from the start was that it is highly infectious. The virus has been clever in adapting itself so that transmission between two people is quick and guaranteed. All it takes is one droplet from an infected person to come into contact with an object or the hands of a second person for the latter to be at a risk of infection. For those living or travelling in close proximity, the risk of a Covid positive case infecting surfaces is all the more,” explains Dr Rakesh Mishra, director of the Centre for Cellular and Molecular Biology in Hyderabad.

The MOTN survey shows that while a majority (49 per cent) supported the government’s decision to allow migrants to return home, an equally large number of respondents (46 per cent) felt it was an unwise move given the highly contagious nature of the disease. Forty-three per cent held both the central and state governments responsible for the migrant crisis, 14 per cent felt the states alone were to blame and only 10 per cent said the Centre was accountable.

When it came to mitigating the economic hardships of the lockdown, an overwhelming 71 per cent said the central government should have ensured direct benefit transfers to the migrant workers. Financial security would have discouraged many from undertaking interstate travel during the lockdown. The survey also gauged the change in economic status across the workforce, with 63 per cent respondents saying their income had taken a hit, numbers were higher in the country’s east and west, and 22 per cent reporting business or job losses. Opinion, though, was divided on the Centre’s Rs 20 lakh crore stimulus package. While 55 per cent respondents believed it had helped improve their economic situation, 44 per cent disagreed or were not sure.

Covid severely exposed the inadequacies in our healthcare system and compelled the central and state governments to begin its revamp on a war footing. While India might have fared better than other nations in terms of deaths and recoveries, a lot more could have been done to curb the spread of infection, ramp up production of essential Covid supplies and boost research. Looking ahead, about 68 per cent respondents said the country should spend more on both healthcare and defence. But between the two, a far higher number (23 per cent) felt the government should devote more funds to healthcare than on defence (7 per cent). There is faith and momentum in the system, now all it needs is the investment. 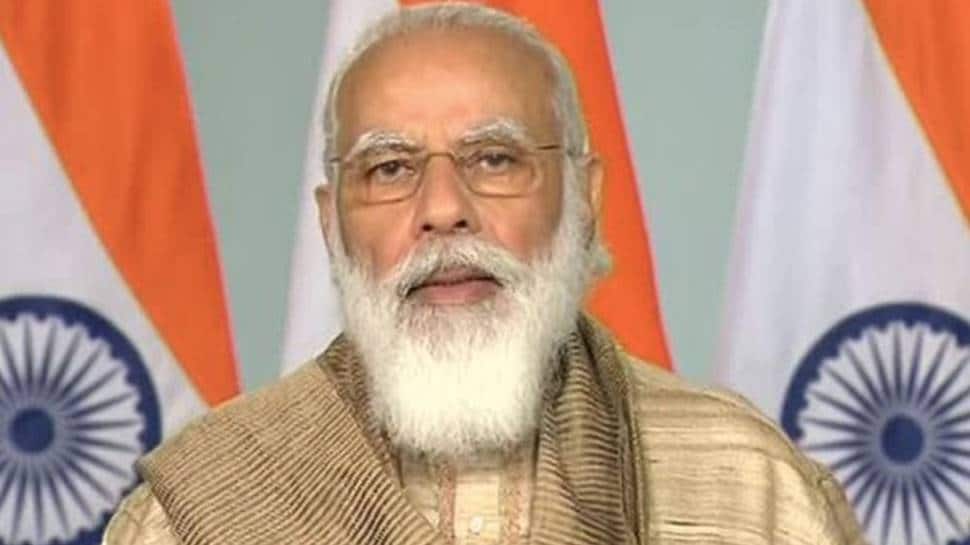 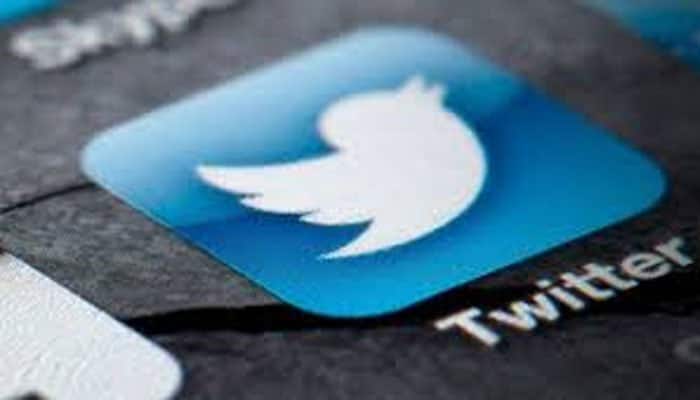 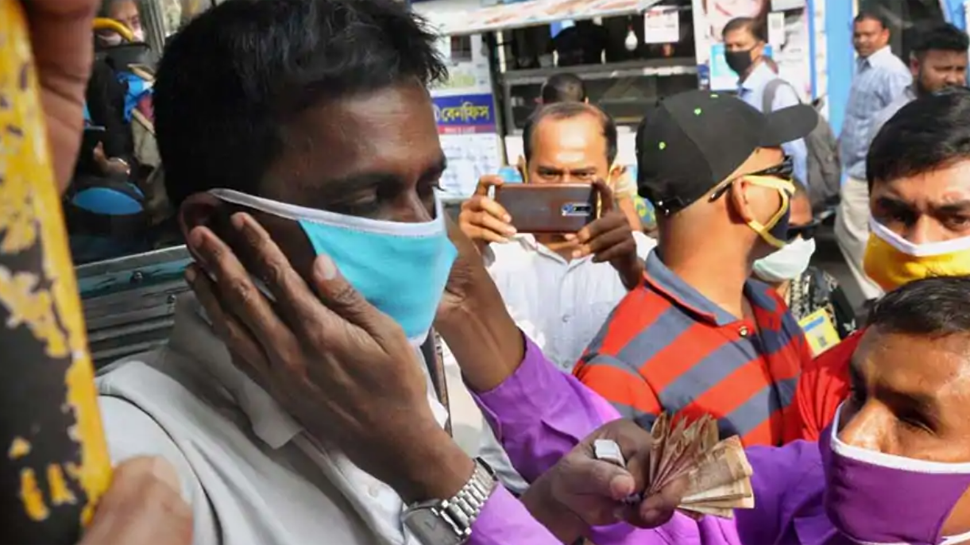