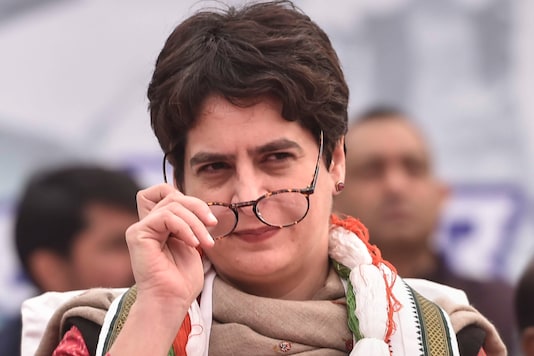 The Congress and many other opposition parties have also been protesting against the farm legislations passed by Parliament recently, claiming that these will harm the interests of farmers.

Congress leader Priyanka Gandhi Vadra Tuesday urged the Uttar Pradesh government to ensure proper procurement prices for the paddy crop of farmers in the state otherwise her party will launch an agitation. The Congress general secretary in-charge Uttar Pradesh said paddy procurement in the state is decreasing and that farmers are very worried.

"In the little purchase that is taking place, a rate of less than Rs 1,200 is being given. This paddy was sold for up to Rs 3,500 in the Congress government,” Priyanka Gandhi said.

"Farmers are being exploited in the name of moisture. This is probably for the first time that paddy is selling cheaper than wheat,” she said in a tweet in Hindi. In such a scenario, even the input costs of the farmers will not be met, Priyanka Gandhi said. How will the farmer sow his next crop, she asked. There is a ”loot” happening in electricity bills as well and the farmer will keep getting entangled in the web of debt, she said.

"The UP government must immediately intervene and ensure proper prices for farmers’ (produce) otherwise the Congress government will launch an agitation,” she said.

The Congress, many other opposition parties and several farmers organisations have also been protesting against the farm legislations passed by Parliament recently, claiming that these will harm the interests of farmers and benefit corporates, a claim denied by the government. The Centre has asserted that these new laws will be beneficial for farmers and will increase their income.