Eknath Khadse Likely to Cross Over to NCP Next Week 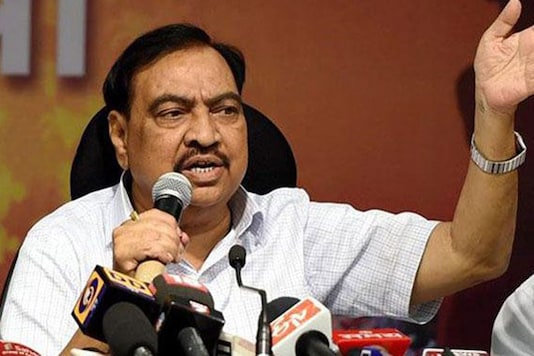 Senior Bharatiya Janata Party (BJP) leader Eknath Khadse is expected to join the Nationalist Congress Party (NCP) next week. Apart from him, his several supporters will be entering the Sharad Pawar-led party.

A major divide surfaced within the Maharashtra BJP leadership after the Vidhan Sabha polls. The top brass feared that an intra-party revolt would be initiated by leaders like Khadse, former ministers Pankaja Munde and Prakash Mehta, among others. These leaders either had had to face defeat or been denied ticket.

Following the 2019 Assembly election results, the other backward caste (OBC) leaders blamed Devendra Fadnavis, the former chief minister of Maharashtra, for engineering their defeats and denying them tickets.

Khadse has also maintained that certain leaders in the State BJP unit were behind the defeats of Munde and his daughter. He alleges that it was a conspiracy to finish off his political career.

He was also reportedly not happy with Fadnavis’s style of running the party and side-lining potential ‘rivals’ in a Machiavellian fashion.

Owing to these reasons, rumours have been going on in the political circles in the state and media that he would switch side.

Shiv Sena leader and Maharashtra Minister Gulabrao Patil a few days ago stated that Khadse would soon be crossing over to some other party. However, he did not reveal which party the senior BJP leader would be joining.

“While I do not know who Eknath Khadse is in touch with at the moment, it certainly is true that he will change his party,” The Hindu reported quoting Patil.

According to Lokmat, former Shiv Sena MLA Sharad Patil, who tendered his resignation from the party last year, is also expected to enter the NCP. In the last year’s Assembly polls, he campaigned for independent candidate Rajwardhan Kadambande.