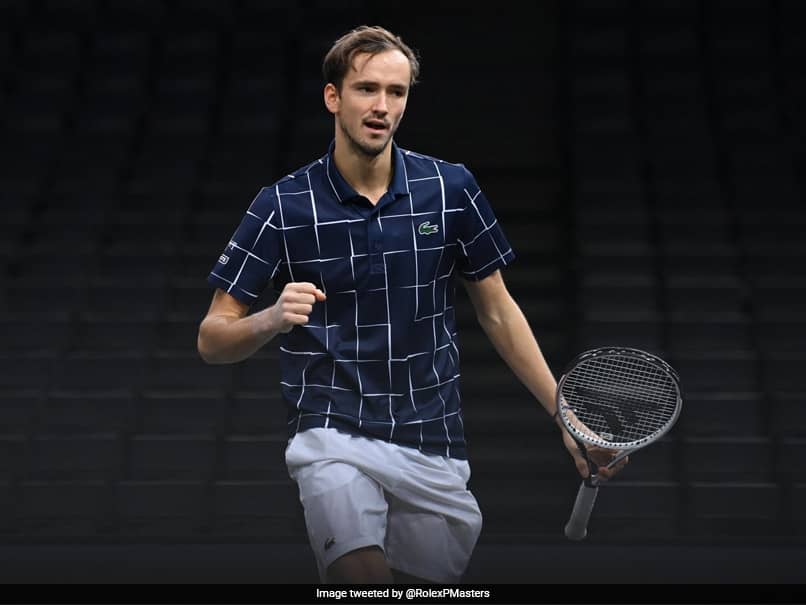 Third seed Daniil Medvedev battled past Milos Raonic on Saturday to reach his first final of the season at the Paris Masters, where he will face either Rafael Nadal or Alexander Zverev. The Russian edged out the big-serving Raonic 6-4, 7-6 (7/4) for his third victory from as many meetings with the Canadian. The 24-year-old Medvedev, who won both the Cincinnati and Shanghai Masters last year, is looking for his eighth career title. "The first set was great, I think he maybe only won one or two points on my serve," he said. "Second set was tougher, I had to save some break points. Really happy to be through in the final."

All seven of his previous tournament successes have also come on hard courts.

Top seed Nadal, bidding for a maiden title at Bercy Arena, takes on the in-form Zverev later on Saturday.

Medvedev has never beaten Nadal in three matches and has a 5-1 losing record against Zverev.

"I always take it 50/50. There are two players, only one can win. It's never easy," insisted Medvedev, who came up just short of pulling off a stunning comeback against Nadal in last year's US Open final.

The world number five took a tight opening set by a single break as both men served strongly, dropping just four points on first serves between them.

The drama came at the end of the second set as, after Raonic missed three break points for a 5-3 lead, he was broken himself in the 11th game.

But Medvedev failed to serve out the match as Raonic forced a tie-break.

Medvedev powered into a 4-0 lead in the breaker, only for former Wimbledon runner-up Raonic to peg him back to 5-4, but he secured a final spot on his first match point with a smash into the open court.