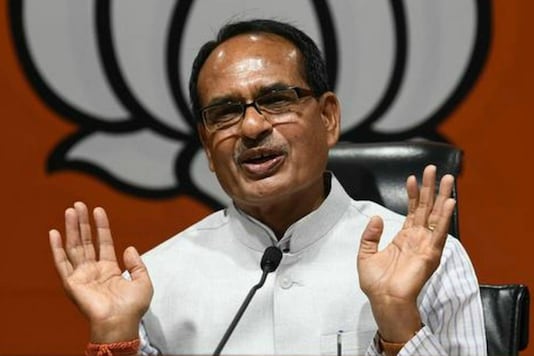 After raising a slew of issues including farmers- loans, agricultural reforms, electricity, widespread corruption, and others, Bharatiya Janata Party has launched ‘Main Bhi Shivraj’ campaign while replying to a personal attack on the Madhya Pradesh Chief Minister.

A similar campaign ‘Main Bhi Chowkidar’ in support of Prime Minister Narendra Modi made headlines during 2019 Lok Sabha polls when Congress had attacked the PM who likes calling himself 'Desh ka Chowkidar'.

The campaign Main Bhi Shivraj was kickstarted by BJP state president Vishnu Datt Sharma who changed his Twitter profile and a display picture of Shivraj Singh Chouhan on Tuesday evening.

The campaign was launched after Congress Sumawali candidate while addressing a poll meeting on Monday called Shivraj Singh Chouhan Bhukha Nanga (poor) adding former CM Kamal Nath is the second richest industrialist in the country. In quick retaliation, BJP said that Chouhan comes from a poor family and this is why he understands the hardships of the poor and farmers.

Replying to the remark, Chouhan on Tuesday said if I go for developmental works, they say I roam around with coconut and If I bow down with respect to the public, they claim I am down on my knees. “On Monday they offered a new title to me Bhukha-Nanga, but I think it’s an insult to the poor and their poverty,” he added.

BJP state president VD Sharma also backed CM saying if a son of a farmer and a poor becomes Chief Minister and works round-the-clock the Congress insults him- which is an insult to 7.5 crore public of the state. BJP leaders have decided to keep the Main Bhi Shivraj campaign alive for 24 hours. However, seeing this issue gaining steam, MPCC chief remained mum on the matter.

Meanwhile, former minister Sajjan Singh Verma called it another political drama by the BJP leaders. Soon after the campaign was launched, Congress media cell coordinator Narendra Saluja said that Shivraj Singh Chouhan’s campaign was discarded by his own leaders and workers who did not change their display picture on social media accounts. “BJP cadre is well aware of Chouhan’s poverty so they don’t wish to be a laughing stock,” he added.

Interestingly, while thousands of leaders and workers affiliated to BJP followed the footsteps of Datt, Rajya Sabha MP Jyotiraditya Scindia and his supporters despite being a part of BJP distanced themselves from the party’s initiative. This made ripples in state politics ahead of the crucial by-polls.

Incidentally, the BJP while flagging off high-tech digital chariots meant for campaigning in 28 bypoll-bound constituencies had also refrained from keeping Scindia’s pictures on these publicity vehicles. Political analysts believe it was done to underline the fact that Shivraj Singh Chouhan is still the party’s face in Madhya Pradesh.