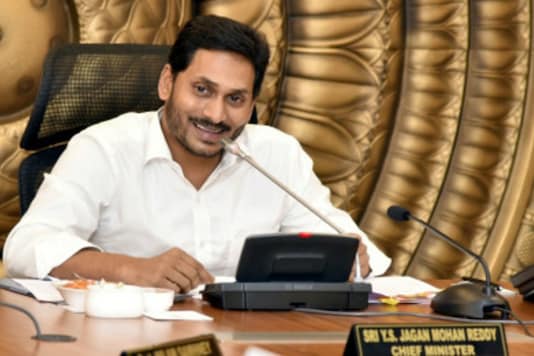 Nara Lokesh accused CM YS Jaganmohan Reddy of ignoring the demands and contribution of the farmers who gave away 34,000 acres for making Amravati the capital of the state.

As the agitation for Amravati completes 300 days, TDP General Secretary and former state Minister Nara Lokesh on Monday visited the protest site of farmers and residents and expressed solidarity with the protestors on 'One State, One Capital'.

Lokesh accused CM YS Jaganmohan Reddy of ignoring the demands and contribution of the farmers who gave away 34,000 acres in response to former CM N Chandrababu Naidu’s proposal of making Amravati the capital of the state.

Amaravati was earlier selected as the state’s capital. CM Jagan Reddy had spoken in favour of making Amaravati as the capital in the Assembly as the leader of opposition.

“It was Jaganmohan Reddy who in fact demanded an equi-distant new Capital to North Andhra and Rayalaseema in over 30,000 acres where there would be no water shortage. Amaravati had met the parameters,” Nara Lokesh, while addressing the protesters at Penumaka, said.

“Reddy, who approved Amaravati completely changed his stance and started shifting Capital after coming to power. A ruler would show greater responsibility while in power but here this CM was displaying an erosion of that responsibility,” he added.

“The ruling party leaders who eat food cultivated in farmers' fields for three times a day, were now belittling and browbeating the same farmers. As a result of the government's thoughtless policies, women had to come out on to the roads and take part in protests for the last 300 days. One YCP MLA dared to call Amaravati farmers real estate brokers unaware of the sacrifices they made for the sake of 5 crore people of the State,” Lokesh said.

Lokesh attacked the state government saying that that not a single industry came up in Visakhapatnam or North Andhra in the past 17 months.