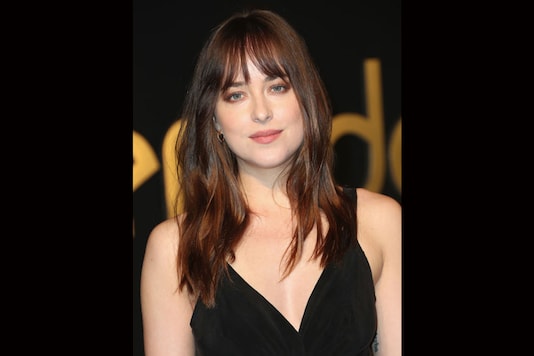 Dakota Johnson plays Anastasia Steele in the movies based on the books (Image: Getty Images)

The bestselling '50 Shades' series of novels has a new title, set to release in late November

E.L. James's latest '50 Shades' book is due out in on November 28, continuing on from the last book in the series by telling the story of the torrid love affair from Christian's point of view.

Back in 2016, E.L. James shared a two-page teaser of Fifty Shades Darker that can still be found on Facebook.

"The inside of Christian's head is a pretty daunting place to be," said James in the new announcement. "Writing Darker offered me new insights into his character and motivations, and I hope readers find those insights as compelling as I did."

Darker will be published on November 28 in paperback, e-book and audio versions, first in the UK, the US and Canada and soon followed by territories around the world. A Spanish-language version is due in December.